A snowstorm wasn’t the first thing that came to mind as an Orlando friend texted me “are you ready for It”? I replied “Ready for what”? Having no idea what the term meant, “Bomb Cyclone Dude”! Still not making the connection, I quickly read up a bit online and flicked on the tube.

The media didn’t stir the story leading up to its fierce arrival, it wasn’t much of a story initially, and then it hit and kept increasing in wind strength and copious amounts of flakes hailed down outside. What was originally thought to be a “three to fiver” became a “six to ten” and then “ten to twelve” all within a half of a days time. Total snowfall accumulation here in good ‘ole Forest Hills was just a hair under sixteen inches in about twenty hours.
The storm was more fierce than most all we endure here in the northeast winter months. The wind blew very hard, the snow pounded upon the streets like a million tiny white ambassadors of winter, with their accumulations swift and the snowndrifts deep, well above my knee in the alleys, it stuck hard upon the lifted foundations.

Venturing to neighbors homes to commence the dig, assigned by civic duty, proceeded to shovel out eight. Eight walkways, eight stoops, eight driveways, two garages and one plowed in car, the absolute worst of all the others by far.

Side Rants and a question at the end.
1. Grayson was not a befitting name for such a storm, it just isn’t a tough enough name. Greystoke “Bomb Genesis” — on the other hand certainly is and Tarzan certainly was.

2. My shovel stinks: A Lynx plow shaped metal shovel weighs a ton, not taking advantage of more modern and lighter materials. Yet, I make up for the shovels suckiness with good weather gear so i will not feel the angry bite of the howling frigid winds.

3. These folks that I shovel out play a game of ‘I didn’t know you shoveled’, as if magically the snow removes itself from driveways, walkways and stoops. They play this game every snowfall and have done so for years. I’ve never preformed the labors for any money nor recognition, I like the exercise, and I’m the only person around who will do it. No kiddos come around with shovels in hand anymore. I must admit, I’m still slightly bothered by the fact that not one of these folks reached out to say “thank you”. And I must admit, I think each time a snow storm arrives that I should stop assisting them. But there is an element of guilt I feel knowing that they are mostly old and don’t move around well and could have a heart attack with the first shovel thrust and lift.

No Butt’s About it, Metro is Filthy! 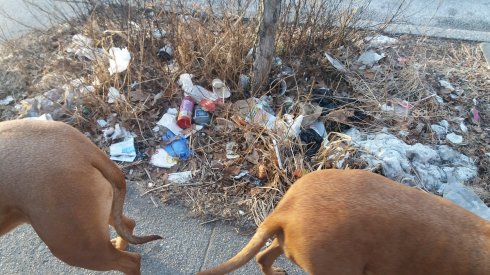 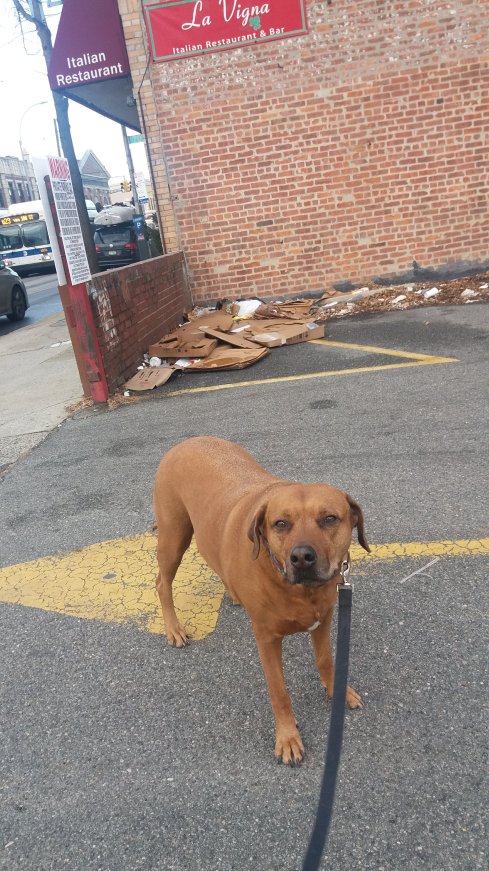 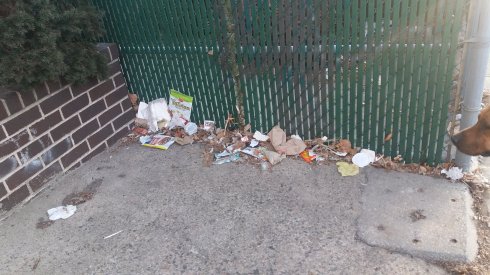 Double walks have me out and about on Metropolitan Avenue twice a day and I am becoming frustrated with the amount of continual litter strewn from each sidewalks end to end along every block, and its getting worse.

The responsibility to address the litter issue is that of the absentee property owner that usually does nothing nd ignores it completely. So for the most part, the liter remains on the sidewalks, as the upstairs apartment rental dwellers don’t deal with it either — and so it remains. And with each pass, upon an easy glance, more and more articles of trash, stack and slide into their resting place.

The litters preferred spot to settle is within the corners that sit upon higher than normal sized walls that make up parking lots or doorways and/or at the base of trees with overgrown grass along a strip of Forest Hills fixture stores. And with a new gust of wind, the collection adds and adds, gets rained on, packs down and accepts more. These winds can be intense during the winter months and have a propensity of increasing velocity gusts upwards of thirty miles per hour.

Throughout each of our days, over the course of years, more little liter clusters are adding up by kicking up, twisting the papers and wrappers in the air — they spin land in the same general areas, having added more to their growing collection.

Each day our walk begins with litter and ends with litter. Each day I take an extra empty plastic bag with me when walking to Forest Park walking six blocks east of Alderton Street along the North side of Metropolitan Avenue.

I think to myself “I can’t fix this, but I will do my part for our precious parks, for nature and for Merto”. And I finished my thought with. “If I could catch an offender in the act, I’d let give them an ear full of my thoughts.”

I do understand the nuisance of carrying garbage further than we care to. That as New Yorkers were moving quickly and might not think to pick up something we have dropped. But we must look beyond our immediate feelings of annoyance and to go the extra block to a garbage can and properly dispose of your garbage.

In a feeble attempt to push my agenda to the feet of the offenders, I say, People Please! Just hang on to it a bit longer, a proper receptacle will be around the next turn.