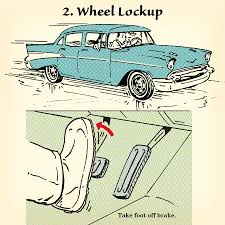 Eighteen years of age and having newly obtained my New York State drivers license, part time employed and ready to step on the gas pedal that would propel me. Propel me into a new, wide open world of Americas interconnected roadways, junctions, biways and highways.

The year was 1989 and my parents handed me a hand me down in the form of a burnt caramel colored 1985 FORD LTD, four door midsized sedan. Not the most attractive car ever built, but it ran quite soild and it was free. The first few years on the road I was to remain mainly local as the thrill of legally bring in the drivers seat was a experience of excitement almost by itself.

When winter rolled in, the thought of Snownuts always entered into my thinking. Then the snow would fall, I anxiously awaited to learn of the total snowfall amount and if over three inches, and if it was after midnight, Snownuts would commence under the cover of night.

Flipping off my driving lights, pulling the car up onto the curb and into the school yard, I would begin with one wide circle. Then take up position at the far end, basically the home plate area and begin to accelerate. With a slight pull of the wheel to the right, then pin the gas and cut the wheel a hard left all the way.

What the result would be if preformed properly would be a four wheel spinning loop of flying snow and laughter within the cabin. And after a few loops the fun was over and I would begin the quiet exit after five minutes of as many spins I could manage.

Driving out of the school yard between the swinging fence doors, the moment felt more vulnerable and more risky than driving in jyst a few minutes earlier. It was always a risk reward play, always getting the better of the risk, twenty five years later, when it snows and I am me at the yard, I always crack a smile.